Another Running Tragedy & How To Stay Safe

My heart sank as I got an email the other day from a reader with bad news. Another runner, Sarah Hart, was killed last week while running alone in Kentucky. Sarah was the mother of three, and was pregnant. As I read the story, along came a flood of memories about my cousin, Sherry, who was murdered while running this past January.

Sarah, age 31, had started out running with her sister, but turned back alone when she did not feel well.  She was robbed and killed on her way back. You can read the full story HERE.

Sarah with her three children and her husband.
{Source}

Earlier this year, Sherry’s story motivated runners to be more careful and to be more aware of their surroundings. Many people stopped running alone altogether, or withdrew inside of the safety of their treadmills. Some took self defense classes in Sherry’s name. I know that I started to feel scared of evil lurking in a way that I had not before.

I think it’s important to say that Sherry did nothing wrong or “unsafe.” She was running along the streets of Sidney, Montana, a small town where she had grown up. A town where she knew most everyone. She had run like this countless times before. On this particular morning in January, two men had driven into town from Colorado. They parked on the side of the road and as she jogged by, she greeted them with a simple “Hi!” in her usual cheerful way. That’s when she was struck down and choked. Her story is one of those horrific, horrendous, random tragedies.

Could her situation have been avoided? What if she had slept in? What if she had gone with a friend? What if she had crossed the street? For me it’s too painful to play that “what if” game. We can do that all day long, for our entire lives. The point is that things happen and we can’t go back and orchestrate what is done. One of the most important and healing things we can do for ourselves is to accept, learn and move on.

The way I see it, there are three common denominators of these two incidents:

Makes me mad. No, makes me furious.

I’m going to make a confession here. Even after Sherry was killed, I still run alone – only about half of the time, and not in isolated areas or when it is dark. But, still alone. And, I know for a fact that MANY of you do too.

I also drive a car even though 110 people are killed daily in car accidents. I go to Target alone even though women have been abducted in such parking lots numerous times.

I may be going against the grain here, but I’m not going to stop running alone. I will take every precaution that I can. I do this when I drive by wearing a seat belt, by not being distracted, and by assuming everyone else on the road is stupid. In other words, I’m aware of my surroundings and I drive defensively. I also run defensively.

Let’s face it, we are never totally safe. We do what we do to minimize risk, then we go on living, unafraid.

Here are some other things to do to be safe – not just while running, but in general.

People say it’s not fair that women have to be more careful and are easier and more frequent targets than men. Fair or not fair, it’s a fact. Let’s deal with it the best we can while continuing to make efforts to take back our streets.

Do you run alone? Why or why not?

Any other safety tips to add?

Brought to you by ShutUpandRun at 3:07 PM 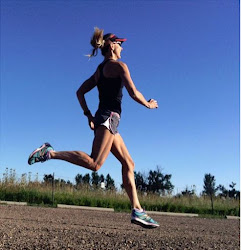 Join Millions of Other Subscribers

Popular Posts You Need to Read 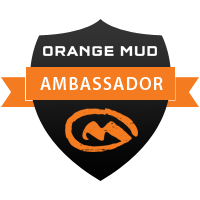 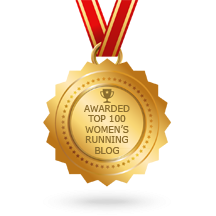